Sad news this week with the untimely death, at 63, of Elisabeth Sladen.

Sladen was, for me, a link in taste between me and my children: I had, of course, grown up with her as one of the, if not the, most iconic of Doctor Who’s companions, and my littlies had come to her in a similar fashion with their own childhood fandom of the new Who series and the Sarah Jane Adventures. It’s a death that has saddened us all, as a family, because it brings to an end an ongoing shared experience.

I’ve been trying to work out why I’m so saddened by her passing, apart from her relative youth: my own mother died at 61, and that similarity is enough to bring back hard memories of that period of my life. But I was never an actual fan of Sarah Jane Smith as a kid: I didn’t like her.I found her shrill, and irritating, and was actually pleased when she left the series and her replacements came along.

But it’s that word– replacements— that is the key. She may have made my teeth itch, but for whatever reason, I accepted her as the companion. Perhaps it was because she was the first companion I saw ‘cross’ Doctors– from Pertwee to Baker, and that gave her constancy. I’d started with Liz Shaw, and endured Jo Grant, but had accepted their leaving and a new, separate entity taking their place with equanimity. But whatever it was: my growing maturity, or something in the writing and on-screen relationships, no companion after Sarah Jane came without baggage: after her, they were merely ‘replacements’– substitutes for what had been the real thing.

Funnily enough, I enjoyed her much more as an older woman, in her own show, where the charatcer could be strong and a leader in her own right, and the shrillness which was always part of her performance could be accepted as that of an older woman in fear for her young companions. Sladen was much more comfortable in that role, and had a fantastic ability to work with young actors that really shone on screen. Unlike other actors (think The Tomorrow People, or anybody who interacted with Wesley Crusher or Lucas Wolenczak), it was apparent that Sladen liked her young companions nand was at ease in their company. My kids loved the show, and it could have gone on for several more seasons, I think.

Either way, she was a big part of my childhood, and my childrens’ childhoods, and for that, she will be very much missed.

(It won’t embed, but you can watch the end of Hand of Fear here. It makes me all teary, now.)

Award news during the week, as the Australian Horror Writer’s Association announced the winners of this year’s Australian Shadows Award.

Midnight Echo #4 came up just short in the ‘Edited Publications category’– contest judge Rocky Wood called it “an outstanding achievement”, which I think is testament to the talents of the contributing authors– and I don’t think there are many who would argue with the list of winners.

So heartiest congratulations go to:

You don’t have to wait until November for this baby; Fablecroft Publishing’s After The Rain is now available in dead-tree form. If you’re at Swancon you can pick up a copy and hunt down authors, including Luscious and myself, for signatures.

The rest of you can pick it up here. 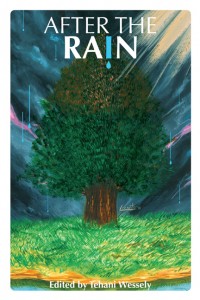 Announcements a-plenty this last week, including the Table of Contents for Coeur de Lion’s hyper-cool looking Anywhere But Earth anthology: even if I weren’t included, I would be salivating at this line up:

Any book with Harland, Nahrung, Hood and the mighty Fischerio in it is a must-buy anyway, but it’s also a delight to see something new from Patty Jansen: Patty contributed the deeply, deeply creepy Little Boy Lost to Midnight Echo #4, so I’m excited to read something new from her.

The book is due for release in late November. 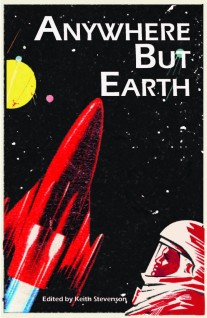 Some major word to my homey Mark Farrugia, who suffered under my tutelage back in the day as part of the AHWA’s mentorship scheme. One of the stories we worked on, Allure of the Ancients, has found a home in Midnight Echo #5 in comic book format.

I’m still to receive my AHWA member copy of ME#5, so now I have a reason to really look forward to it.

Wanna see what a couple of thousand dollars of termite damage to a library looks like? 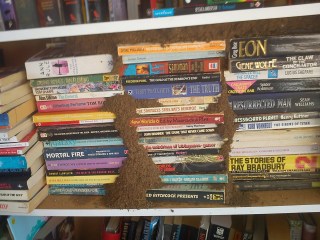 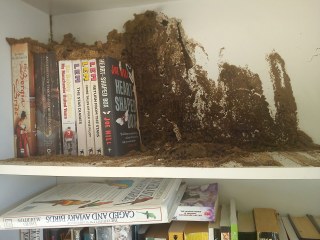 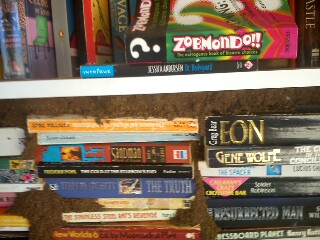 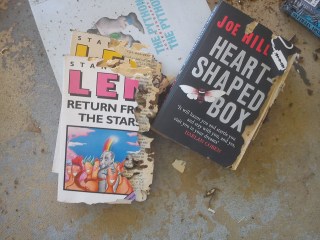