Deb Biancotti is one of my buds, ever since her brilliant story King of All and the Metal Sentinel beat out my own entry to win the 2003 Ditmar for Best Short Story. Any con we’re both at will find us propped up at the bar, swapping war stories and mocking the world, something we’ve been able to do on far too few occasions over the years since she insists on living on the wrong, Eastern, side of the country. She’s also won a couple of Aurealis awards along the way. Her collection A Book of Endings was shortlisted for the William L. Crawford Award for Best First Fantasy Book. She’s now working on her first and second novels. Her story suite Bad Power is being published by Twelfth Planet Press, and her first novella will appear in Gilgamesh Press’s Ishtar later this year. She likes cake. And being brilliant, although she’ll only admit to the cake. 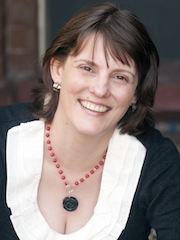 The warrior and the artist live by the same code of necessity, which dictates that the battle must be fought anew every day. — Steven Pressfield, The War of Art
You don’t have to be an artist, that’s the thing. You can go to work, come home, fix a meal, drink a beer, rumble with the kids (if you have ’em) or the pets (if you have ’em) or your partner(s) (if you have ’em). But. You don’t have to be an artist.
You don’t even have to be an artist if you’re a writer. You can write for money. Then you can go to the kitchen, fix a meal, drink a beer, rumble with the kids … I think you see where this is going.
I have to pause and admit I admire the bunch of you who have made the decision to either a) work or b) write for money. No, really, I know you want to think I’m being sarcastic. But I have a deep admiration for people who can find motivation for or satisfaction with things that actually MAKE MONEY. It fixes so many problems if you can like what you do to-make-money. And it makes sense. Why serve two masters? Do one thing, dedicate yourself to it, make money to raise your kids and pay for your beer. But, either way. You don’t have to be an artist.
An artist does not necessarily do the thing they do for money. By which I mean: an artist may indeed MAKE money from the thing they do. But that’s not why they do it. They may work in paint or paper or plastic or digitalia or words or – oh, words. They may be a writer. But what they do, they would still do even if they weren’t making money. They may do it less frequently, they may do it for a foreshortened part of their day. (Because, after all, there’s the thing they do for money, and then the going home, fixing the kids, rumbling with the beer, having a … whatsit.) But when they work with their medium – their paint or their words or their ‘found items’ or their glue, or what have you – they are fitting that INTO a day that may, already, have the work and the beer-kids and rumble-meals.
Some artists will not make money, of course, and they will keep making their art anyhow. I mean, that’s up to them. I heard once that Cormac McCarthy was so broke he couldn’t afford toothpaste. So when a free sample of toothpaste turned up in his letterbox, he figured he’d keep writing. Instead of making money. Do I admire that? You know, I actually think it points to a flaw in the personality. Seriously, you can’t afford TOOTHPASTE? Get a freaking job, dude, what is your problem?
Anyhow, those artists have made their choices. They can make great books with or without toothpaste. I mean, you wouldn’t want to hang out with them over beers (first of all, because you’d be the one paying – and also because, whoa, their breath would smell super-bad). But what unites all artists – canvas or paper or word or metal or wood or words, or words – is that motivation to keep doing it not for the money, not because it’s easy, not for any other reason except one word: “because”.
Because they feel the story in the words or the sculpture in the marble or the *thing* that comes up from inside. Because an artist “must”. While a non-artist simply “can”.
For me, wellbehaved books with neat plots and worked-out endings seem somewhat quaint in the face of the largely incoherant reality of modern life; and then again fiction, at least as I write it and think of it, is a kind of religious meditation in which language is the final enlightenment, and it is language, in its beauty, its ambiguity and its shifting textures, that drives my work. — Don DeLillo