Sad news overnight with the death of Divinyls singer Chrissie Amphlett from cancer.

The Divinyls were a unique band, one combining the very Australian post-punk sound shared by groups like the Angels, the Radiators, and early INXS, but with the added value of a hypnotic and larger than life frontwoman. There was nobody like Amphlett in Australian rock, and frankly, I don’t think there ever has been since. She was the best female rock vocalist to come out of this country: a snarling, preening, sneering buzzsaw-voiced sex goddess prowling the stage, likely to explode at a moment’s notice.

I remember seeing the band at the Perth Australian Made concert in the mid-80s, where they followed a family-friendly daytime lineup of the likes of Mental as Anything, Crowded House and I’m Talking, and simply tore Subiaco Oval apart. Partway through their set the whisper started going round the crowd near me: Amphlett wasn’t wearing any knickers, and you could see everything! People started surging forward to try and get a glimpse. I was 16, and with my girlfriend. I didn’t move. But I remember the sense of energy, of sudden movement. I have no idea if it was true, or a case of Chinese Whispers, or even just a clever whisper started by someone associated with the concert.

But people believed it. That was what Amphlett’s stage presence, and her persona, did to people. 40 000 people suddenly believed it. Is it any wonder the likes of Courtney love pretty much ripped her persona off wholesale?

The band only had a brief career at the very top of Australian rock: health problems, internal bickering, and the rise of a new generation of more melodious rock acts, as well as the increasing availability of overseas indie bands pushed them into a brief decline, and implosion. But there never has been anyone like Chrissie Amphlett, and it’s a loss to anyone who hoped there might be one more song, or a revival, to come.

Oddly, for all their original material, some of their best work involved covers. Here’s my personal favourite: what is still, to my mind, the best ever cover of an Easybeats song, their version of “I’ll Make You Happy”, done live. 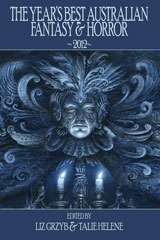