Time for another Precious Thing to be revealed, and for reasons soon to be revealed, today we have no less than two examples for your education, entertainment, and all-round enjoyment.

First off the rank is Greg Chapman.

Greg has been quietly racking up credits as both author and artist since 2009, and has ranked out a series of novellas, stories, and graphic works on a regular basis, including collaborating on the Stoker Award-winning graphic novel Witch Hunts: A Graphic History of the Burning Times with Lisa Morton and the late Rocky Wood. One of the nicest guys around, and a true lover of the dark side of the speculative street, Greg’s a constant voice for the inclusion and enjoyment of dark fiction. You can find out more about Greg at his website, but for now, here he is on the subject of his most precious literary treasure. 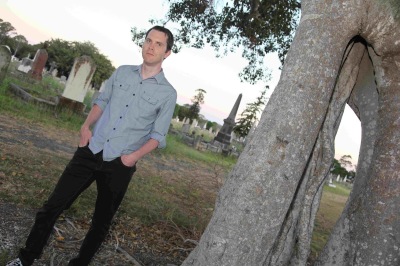 It was Stephen King who said “books are uniquely portable magic” and there’s never been a truer word spoken for a bibliomaniac like me.

Not only do I have a craving for writing books, I also love to collect them (much to my family’s dismay, who groan whenever I see a secondhand book store or hear of a Lifeline book sale). My shelves are filled with paperbacks by Laymon, Herbert, King, Shelley and signed editions by Clive Barker, reference books on Jack the Ripper, forensic science and psychology. There’s even a few Doctor Who and X-Files tomes that I have hoarded over the years – and I cherish each and every one of them.

Yet the one I adore the most is a 1979 Octopus hardcover edition of Forty-Two Tales by Edgar Allan Poe, my all-time favourite classic author. The book is one I indulge in often as it is, in my humble opinion, the embodiment of a perfect edition. Lavishly emblazoned with illustrations by Harry Clarke, it’s incredibly satisfying to look at, let alone read.

Unfortunately the circumstances I acquired it in weren’t especially noteworthy, but I do remember how excited I was when I first saw it. I was living in Gladstone, Queensland at the time and the family and I decided to attend a used book sale, literally in the bowels of the Gladstone City Library. I remember coming across the book in a box and I felt like Indiana Jones finding the Ark of the Covenant. The woven cover of the volume was deliciously rough in my hands and I’m pretty sure I had to conceal my smile from all the other book sniffers around me because I believed I had found literary gold – well in my mind at least.

There’s just something about a used book; the worn cover, the yellowed pages, the lignin scent – and by god, it was Edgar Allan Poe! No one else in my family could see the significance, but I could and that was all that mattered. Since first reading The Fall of the House of Usher back in university I’d always wanted to own an old collection of Poe’s works, and although this wasn’t a first edition, or a volume from the turn of the century, it was – and still is – an absolute treasure. It’s not worth much in today’s money, but to me it’s bloody priceless.

These days books are churned out in their millions on simple paper, very few are illustrated. As a writer and artist this copy is what books were always intended to be – works of literary art. I usually pick up the book at least once a year and breathe in its power and within minutes of savouring the stories and art within, I’m already inspired to make my own. The flame of imagination is well and truly lit. 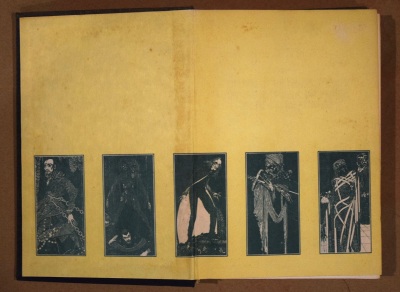 Just like King said, books can cast a spell over us all.

And as a special bonus, I have a few words from one of Australia’s greatest ever crime exports (and not in a Kangaroo Gang, Danni Minogue’s career, kind of way, but in a God-I-can’t-put-this-brilliant-crime-novel-down-and-I-have-to-be-at-work-in-two-hours-and-I-haven’t-been-to-bed-yet kind of way), the always-compulsively-readable Michael Robotham.

Michael pointed out that he’s recently answered pretty much exactly this question over at the Mystery Scene website, and kindly gave me permission to reproduce his answer. Rather than take advantage of their formatting, editing time, and moxy, it’s far better that I point you in Mystery Scene’s direction, so that you can have a look at the rest of their cool material while you’re there.

So go there and read Michael’s Precious Thing in its natural environment!