Gerry Huntman is one of the giant brains behind the truly excellent ezine SQ Mag. He’s also a writer in his own right, having published over 50 pieces of short fiction, mainly towards the dark end of spec fic. Like me, however, he has a tendency to wander all over the genre as his attention span takes him. His novel, Guardian of the Sky Realms (Cohesion Press), for example, is a young teen fantasy work. You can find more about him over at his Livejournal Blog.

He may also be the only other person besides me who remembers Willard Price’s Adventure novels.

Here he takes us on a journey through his development as a reader, and like all good stories, leaves us guessing until the final, climactic reveal of his Precious Thing.

Lee asked me to write a little piece about the ‘one book’ – the one that really affected me significantly.

I find the topic a hard one as I had distinct phases in my life – particularly during my formative years, where reading, and types of reading, were different and had serious influences on my life. I’ll cheat a bit and talk about these phases and then, with a moist finger hoisted into the air, I will choose which was the most profound.

My mother always encouraged me to read, even from a very early age, and I think it had to do a lot with the class system she was brought up in. Both my parents were Dutch migrants, who actually met in Australia, and my mother’s parents were ‘socially mixed’, in the sense that her mother’s family were well off middle class while her father’s family were working class. These days this is nothing, but when they married in the 1930s in Europe it meant a lot, and it did cause a lot of friction. I think my mother always wanted to find a way to have her children climb the social ladder, even though in Australia in the 1960s and 1970s this was almost no issue for me and my brother. Regardless, I loved reading and creating stories of my own so who was I to complain if my mother acquired copious numbers of comics and books for me to read.

At an age when reading meant at least as many words as there was illustration space used in a given book, I improved my reading quickly by reading a lot of the ‘mini books’ that were based on comic and cartoon characters, usually with text on one side and an illustration on the other. Disney’s ‘Little Golden Books’ were particularly loved by me and I can say that they probably represented the very earliest of important reads. That and comic books – Harvey Comics, Disney Comics, etc – all were read voraciously and had positive effects – I even managed to sneak a look at DC comics and the Phantom on occasion.

On the topic of comics, when I was on the cusp of reading full text books, my mother bought for me the complete Classics Illustrated – comics that allowed children to be introduced to classic works. Over 150 of them. It was an amazing experience for me as it gave me the appetite to read these classics, which I eventually did (not all, but most). Another profound effect on me.

I don’t know when or under what circumstance I transitioned to full text reading. The Adventure Series by Willard Price – gosh I read and reread every single book in that series (and yes, boy’s own adventure etc – but it was a different time). I dimly recall a book I read several times at a younger age about children being able to breath underwater and having adventures in the depths of the ocean, but for the life of me the name of the author and the title escapes me – this was formative reading, but Price’s series was probably the big hook on reading novels. 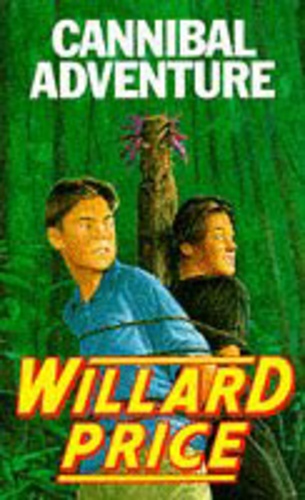 My father was a very big scifi/fantasy reader and could finish a book a night – so we always had a lot of adult speculative fiction lying about the house. It did not take me long to swipe them after him and read them. Did I always fully appreciate them? No – not always as I was quite young, but many books stuck out and I did get a chance to return to them. The Lensman Series was big for me, but I have to say that during my teens the book that affected me the most was The Forever War – I still think it’s one of the best books ever written. At that time scifi was my main gig, but that was because my father preferred the genre – beggars can’t be choosers (in fact my father particularly loved British Scifi and I have had a soft spot for them ever since).

Later, when I had some control over what I could read, I was mesmerised by fantasy – particularly books by Avram Davidson and H Warner Munn. And of course, eventually, I read Lord of the Rings – and was hooked. Horror followed soon after.

So we return to the ‘one’ – was it the first of the Little Golden Books of my early reading, or comics, or a particularly powerful Classics Illustrated edition? Or was it Amazon Adventure, the first of the Adventure Series by Willard Price, or The Forever War? Lord of the Rings? Tough, tough choices and a bit unfair as I implied above. In the end I have to remove myself from the mindset of which I ‘loved’ the most, and instead decide which ‘influenced’ me the most. I choose The Forever War by Joe Haldeman as it was the first adult speculative book I read that TOTALLY captured my imagination, made me THINK, made me GROW and want more. 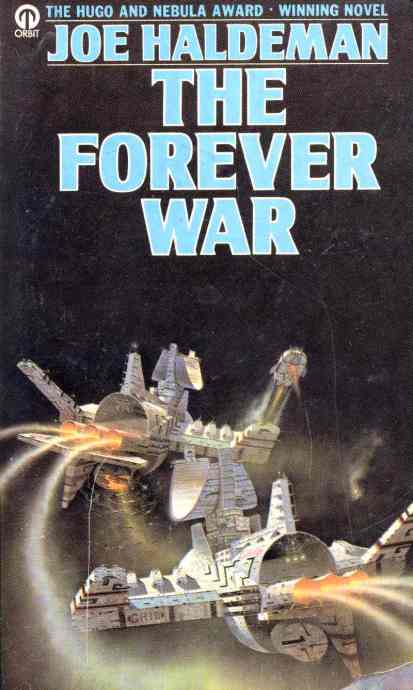