It’s been too long since we’ve visited fellow artists’ precious things: the KSP Residency kept me away from all but the most basic blogging, and since I returned to the day job, the weight of work has been ramping up so that I’ve had very little time to myself for such things. Thankfully, the skies have cleared (I can’t wait to tell you about The 18 Month Plan tm) and we have a chance to get back to business with one of Australian Speculative Fiction’s most divine lunatics, the brilliantly unique Adam Browne.

For a start, Adam’s more than a writer: he illustrates his own works, and they have titles like Pyrotechnicon: Being a True Account of the Further Adventures of Cyrano de Bergerac Among the States and Empires of the Stars, by Himself (dec’d) (a wonderful confectionery of a book I was proud to read pre-publishing), “Other Stories,” and Other Stories, and his latest, The Tame Animals of Saturn. He has a tendency not to appear in major presses: such is often the fate of truly original voices, and Adam is truly original– if you’d like further proof, my favourite of his short stories involves the soul of Michael Jackson being implanted into an immortal spaceship, and grooming a street urchin to travel the stars with him forever. And that’s the easy version of the synopsis.

Spend five minutes at Adam’s blog, luxuriate in the writing and drawings, then come back here to enjoy an insight into one of the most intriguing and fascinating writers Australian speculative fiction has ever produced. 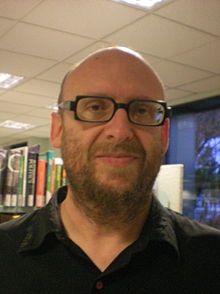 I was trying to think of the right book — I liked this idea and wanted to do it justice – but I was floundering around, looking at my bookshelves, considering this and that – The Dictionary of Angels by Gustave Davidson was one – others by Borges – and so on.

Then I chanced on this –  this Puffin edition of Arthur C Clarke’s Islands in the Sky. The illustration on the cover was what did it – my Madeline cake; bringing back all the sense impressions of that period of my childhood – the years of absorbing every bit of Clarke’s pro space propaganda … space, where it’s clean, where there’s none of the mufflement and mess of a suburban family life – where, for Clarke, he would be valued for his intelligence, and not scorned for his sexuality…

I was going to be an astronaut when I grew up… It took me too long to grow out of that.

Growing up should be a feeling of increased power and freedom but often it’s the opposite.

Now I still love SF, but I tend to favor the eastern European style, which is all ‘wherever you go, there you are’ in its themes – the real Frontier is us – that sort of thing- see Solaris, or Upon The Silver Globe – also, from the West, Kim Stanley Robinson’s Aurora – a masterpiece.

I’m still grateful to Clarke for his heartfelt and lucid writing – he was using SF as a means to an end, in which he sincerely believed – even if I don’t believe in the same thing any more, I’m still fond of the man. It was only recently that I realised I used to think of him as a friend. And really, thinking about it, I realise that feeling hasn’t gone away.