I’ll Be Gone in the Dark: One Woman’s Obsessive Search for the Golden State Killer by Michelle McNamara

A fine piece of investigative journalism by Michelle McNamara into the identity of the East Area Rapist and the connections between him and other, unsolved crimes attributed to other personae. Unfortunately, as has been well documented, McNamara died before the book could be completed, and the text has been completed using a composite of notes, transcripts, and commentary by her husband and fellow amateur sleuths who occupied the message boards she frequented. The result is a patchwork narrative of wildly varying quality, and while the depth and rigorousness of McNamara’s pursuit shines through, the book as a whole feels like exactly what it is: a cobbled-together, unfinished work.

Had McNamara lived to complete the work– especially, had she lived to see the recent arrest of Joseph DeAngelo on DNA evidence– there’s no doubt that this book would have been a superb account of the piecing together of the jigsaw trail leading to him. As it is, it remains frustratingly raw and incomplete, a glimpse of the book we might have had, and have to be content with. Three stars for McNamara’s superb job, but no further because the book, ultimately, does not go the rest of the way.

View all my reviews 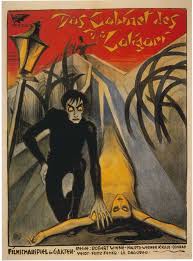 Was a time, way back when the world was young and hypercolour walked the earth, that I studied film at University. The course was, not to put too thin a wedge into it, cobbled-together rubbish: the lecturers were minor figures; the practical component seemed created to fit the few pieces of dilapidated equipment available; and the philosophies being touted owed everything to a love of 1970s Australian film and a world that had never heard of Truffaut, or Hitchcock, or, you know, any sort of film theory.

There was one good side, though. While the film analysis was rudimentary, it did, at least, mean that once a week we would gather in a lecture hall and watch movies for seven hours. The lecture hall directly across from the tavern. Just after lunchtime.