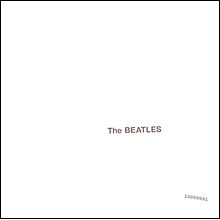 Let’s be honest: it’s not the best Beatles album. It’s not even got many of their best songs on it. It doesn’t have my favourite Beatles song (I could give you ten guesses, and you still wouldn’t guess what that is). But it is, by some margin, the oddest album the Beatles ever released, and it is the first Beatles album I ever listened to in its entirety.

After my parents separated, my mother dated– and ultimately married, for the rest of her short life– a man she met through Parents Without Partners. Ray did not like my brother and I, would not marry Mum until we were out of the house, and was a cold, withdrawn, openly bigoted presence in the background of our visits for the entire time I knew him. What he did do, oddly, was give me full run of his CD collection. We had been too poor to make the switch from cassettes to CDs– in fact, I would be in my mid-20s before I was able to do so– so it was a safe bet on his part: his collection was largely classical, which I did not enjoy, and the only place I could listen to anything was in his living room.

Still, he had a few pop albums here and there. This was the only one I listened to more than once. It was such an oddly compelling album, filled with unbelievable highs (While My Guitar Gently Weeps, Happiness Is a Warm Gun, Helter Skelter), bizarre lows (did anyone need Revolution 9? Ever?) and plain out moments of weirdness (Why Don’t We Do It In The Road?, Everybody’s Got Something To Hide Except Me and My Monkey, Savoy Truffle) that I spent hours trying to bend my brain around how they all fit together inside one– albeit long– album. I taped the CD, listened to the tapes over and over again, rewinding and playing, rewinding and playing…… to this day, I can recite the lyrics to most songs off by heart for the asking, and several songs are amongst my favourite Beatles tracks purely because of their oddness.

From here I went forward and back in time, slowly compiling my Beatles play list, slowly completing a collection of albums. I have my favourites– who, of my generation, doesn’t?– and now I’m watching my own children discover their work: thanks to iTunes, in a completely different way to myself, song by song instead of album by interconnected album.

But it’s this self-titled trip down the rabbit hole that remains my cornerstone, for all its indulgences and faults. It’s symptomatic of the band’s story, and of my own artistic journey, and it reminds me of a time when I had much to discover, and much to escape.

Psst: my favourite Beatles song? This one: