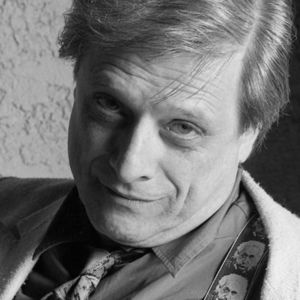 Harlan Ellison died yesterday, at the age of 84. If you’re a fan of SF, or film criticism, or have a passing knowledge of American TV, then you know what that means: we’re down one giant, and about to enter an intense period of arguing over the legacy of one of the most complex and problematic human beings ever to work in the SF field. Certainly, my Facebook feed is awash with memorials, reminiscences, and as is the way with Facebook, denunciations, already. But then, that’s the crowd I run with. At the heart of it, no matter our differences, just about everyone on my feed loves speculative fiction. We’re all true believers, and if anything, Ellison was a true believer.

I never met Ellison. There’s a truism that you should never meet your heroes, and from the multitudinous stories I’ve heard over the years– everybody who was exposed to him on a personal level has an Ellison story, he was that kind of guy– I don’t think I’d have wanted to.

He was an iconoclast, a zealot, a psycho, an egotist, a rampaging fever beast, a true believer, a leader, a Puck, a nasty piece of work, a saint, a genius, a thyroid problem, a fighter in empty phone boxes, a supporter, a friend, an enemy, a hurricane, a secret master of the world– take your pick. Most likely, take several. They’re probably all correct.

He was the man who paid for Octavia Butler’s Clarion fees when she was just starting out and the guy who publicly squeezed Connie Willis’ breast without permission and then doubled down when called out for it. He was the man who sent dead rodents through the mail to a publisher for not removing advert inserts (a common occurrence in 1970s paperbacks) from one of his books and quietly paid Fritz Leiber’s medical bills at the end of Leiber’s life. Ellison, it seems, was very much a coin with two sides, and often simultaneously.

Numerous people who knew him better than I have already penned commentary. Nick Mamatas and Paul Crawford are two.

Complex and problematic. At the least. So the question is: how do you separate the man from the work, and do you? Because, if I’m honest, I am a slavish and passionate fan of the art of some horrendous and genuinely awful people. I love Spike Milligan’s work to distraction, while being all too aware that he was a misogynistic turd– he took his affairs to dinner across the road from the hospital wherein his wife was dying of cancer, to highlight just one example. Richard Dadd savagely stabbed his father to death while out walking: I adore his paintings. Graham Greene wrote several of my favourite novels while being an hypocritical, adulterous, piece of crap.

I have regularly talked about what I refer to as The Arsehole Theory of Genius.

So, the work. For a period, especially in the late 1960s and 1970s, Ellison was not only writing the best short stories and film criticism in science fiction, he was writing the best in any field in the world. By the time I discovered him, in the mid-1980s, they had been anthologised again and again, and were easy to find in concentrated form. I had been raised on a diet of ‘classic’ SF– the likes of Asimov, Heinlein, Van Vogt, Harrison, and Clarke, who were easily digestible and form the core of our genre, but who were also responsible form the genre’s rocket-ships-and-aliens reputation. Sladek, and Brunner, and Zelazny, and Waldrop were in my future. Dick, and Delaney, and Bester, and Ballard and Le Guin and Russ and Moorcock and Kuttner/Moore and Wolfe and Vance and… well, you get the idea.

And Ellison. ‘Repent, Harlequin’, Said the Ticktockman. I Have No Mouth, and I Must Scream. Shattered Like a Glass Goblin. The Whimper of Whipped Dogs. A Boy and his Dog. Shatterday. Adrift Just Off the Islets of Langerhans. One Life, Furnished in Early Poverty. The Deathbird. Pretty Maggie Moneyeyes. The Man Who Was Heavily Into Revenge. I don’t have to describe them. If you’re an Ellison fan, the titles alone are enough to drop you right into the stories. If you’re only passingly familiar with the genre, you still recognise one or two. If you’ve never read him, nothing I can say will do them justice. Hit your library, discover them for yourself. Jeffty is Five.

Oh, Jesus. Jeffty is Five. That’s the one. There’s always one Ellison story that does for you. Jeffty is Five is mine. That one broke my mental back. Just hit me right there and shattered my right there into a million pieces. What a story. What. A. Story.

Everyone has one: ask around.

For some it’s the film criticism. The Glass Teat and The Other Glass Teat are seminal works of film criticism. For others, it’s the TV work: City on the Edge of Forever, The Twilight Zone, Babylon 5. The fuck-you-in-your-literary-face Dangerous Visions anthologies he curated. The lectures and interviews: how many of us, working in the field, have taken his “Pay the writer” polemic as our own mantra?

Ellison’s stories, and his footnotes and introductions, and his personal essays, taught me that there wasn’t a type. There wasn’t a genre. There was a voice, and in the face of everything else– the marketplace, the culture, the zeitgeist, the external and internal pressures, the notoriety and the arguments and the hatred and the love and the fashion and the blah blah blah– the only thing that mattered, the only thing that lasted, was that singular, unique property: a writer’s voice.

The stories are brilliant. They’re often incendiary. I read them now, thirty-plus years after first discovering them, and I remain entranced. They are the product of an author whose actions over a long and active lifespan have led him into some places that may complicate his legacy– the problem with being multi-faceted is that some facets will shine darkly– and those of us who love his work (and perhaps, those who love the man himself) may have to expend some energy into deciding just how we rationalise those aspects of the man. It may be that, like (of all people) Sir Alex Ferguson upon his retirement from managing Manchester United, the consensus will be ‘always respected, rarely loved’. I don’t know.