Few sets have been as anticipated by the AFOL community as 4000010 The Lego House, released to celebrate the opening of Lego’s multi-gajillion Danedollaroos new HQ in 2017. Could it possibly live up to the hype?

This is the Lego House. 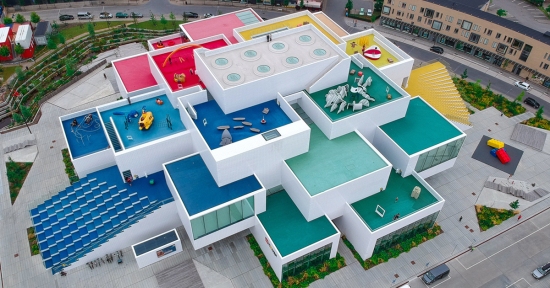 Smurched from Google Image Search. Copyright unsure, but it’s bound to be Lego.

It’s a marvel of architecture and engineering that opened in 2017, resplendent with vast swathes of bright colour, interactive experiences and activities up the wazoo, and state-of-the-art everything designed to give tourists a once-in-a-lifetime experience, and provide the company with a futuristic HQ to make it competitive long into the 21st Century. Somewhere within its depths it houses over 25 million Lego bricks, and most of them are there to be played with. It is, quite honestly, an utterly fantastic place. (I’m serious: check it out here. It’s very, very cool.)

In 2014, while the house was still a secret-squirrel project and the final details had yet to be, well, finalised, Lego released a set through its high-end Architecture line for the purposes of keeping the fans interested. Which, to be honest, is about as necessary as releasing a snapshot of your sperm when your wife is pregnant: Dude, we know what’s coming, we can see the progress, we’re already eager for the end result. Let’s just get together when the happy day arrives.

But, it worked. The Architecture line is a thing of great beauty, and its sets are highly prized. The Lego House was a genuinely exciting news item, and anticipation was high. Okay, nobody knew what the colour scheme was going to be, or the dimensions, and the general shape of the rumoured-to-be-fucking-massive final complex had only been hinted at. Anticipation was high. We all lined up to get a set.

This is what we got. 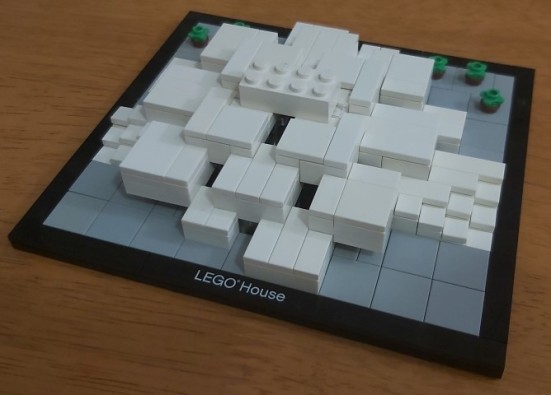 It’s a pile of bricks.

But, to be fair, viewed from the top, something else becomes apparent. 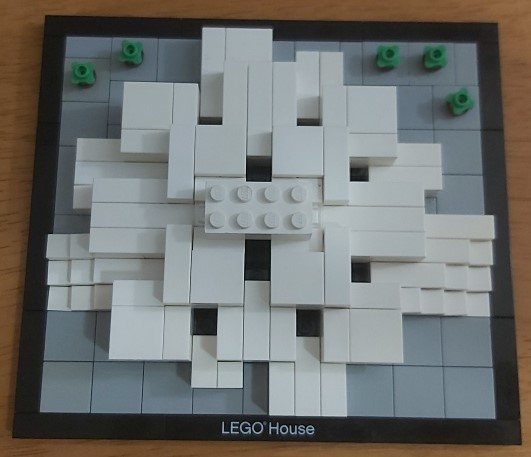 It’s a pile of bricks.

To call this a disappointment is to undersell it. To call it an extortionately-priced pile of square white shit would be getting closer to the mark.

Let’s accept that many of the finer details were unknown. Let’s understand that the set designers may not have had the hugest brief with which to work. But then, you’re Lego. Use your fucking imagination. Project the future. You have entire lines dedicated to views of the future we know aren’t going to come true. We’re pretty comfortable with the idea that spaceships will not be open-air affairs in blue and yellow that you steer with a single steering wheel. Maybe, you know, give us a vision. Give us a sense of the place. Work to a theme, even.

It comes with a minifig. I couldn’t be bothered finding it.

You know what colour a turd turns when you leave it in the sun for too long? Go on. Have a guess.