My stint as Writer-in-Residence at the Katharine Susannah Prichard Writers Centre approaches like a monster riding a runaway train over a cliff while on fire (Of course I’m ready. Why wouldn’t I be ready? What would make you think that? Ha. Ha ha ha. Oh, you. Am I ready, you ask. Hahahahahahahahahaaaaaaaaaahhhhhccccchhhhhh…..)

From the 10th to the 24th I’ll be ensconced in one of the Centre’s delightful cabins; staring out at the beautiful gardens while I pretend to write; visiting writing groups to spread love, bonhomie and my usual blend of fatuous advice; mentoring aspiring authors who haven’t yet worked out what a complete fraud I am; and generally living the life of a swanny writah dahling while I work on my next round of rejection fodder.

I’ll also be helming a workshop:

World Building 101 will be an intense, 3 hour session in what I do best– bringing the odd into the mundane; tipping normality so that it doesn’t look quite right, whatever angle you view it from; and generally injecting a note of weirdness into your work. We’ll be discussing, and practicing, the elements of fantasy world-building, and smashing through a series of exercises designed to give participants the beginnings of a whole bunch of different fantastical stories. You can see my full itinerary here, including the literary dinner on the 11th July, for which tickets are still available.

The workshop takes place from 1-4pm, Saturday 22 July, at the KSP in Greenmount. Bookings are open now through Eventbrite.

Actually, it was a good turning, this year. For a start, the day of my birthday fell on my RDO, so, you know, free day off. I was gifted up the wazoo– a massive Lego set from Luscious and the kids and the 4-DVD box set of Sealab 2021 from Aiden, which pretty much covers my geekdom from front to back so I was a happy fat man. And I was the victim of a surprise birthday lunch attended by several friends, so I ended the weekend feeling like a suitably pampered and satisfied birthday boy: my thanks to Kris & Kim McMinn, Stephen Dedman and Lily Chrywenstrom for coming down to the Batthaim and making my afternoon such an enjoyable one. And thanks to my darling wife and beautiful children for reminding me that they’re sneaky bald-faced liars who can’t be trusted…. but lovely ones, who are good to me. 🙂 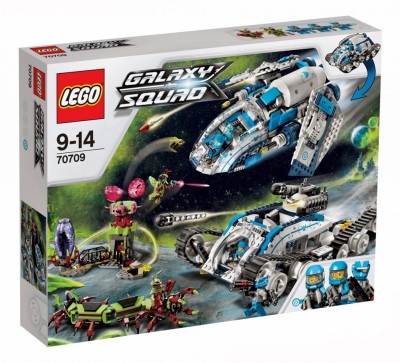 Professionally, I don’t know what to make of my life. I’m at the best day job I’ve ever had, but, well, it’s still a day job, and when it comes down to it, I begrudge anything that takes me away from Luscious and the kids, and equally begrudge anything that takes me away from the one thing I want to do with my life, which is to build this writing career I thought I’d have by now. I resent work when I’m writing because it takes me away from that writing, and when I’m not writing I resent it because it’s the block that stands between me and the writing I should be doing.

And right now, I’m doing a bunch of writing. Having signed up for Nanowrimo again this year I’ve managed just under 8000 words on Canals of Anguilar, my latest novel, which isn’t Nano speed but it’s 8000 more words than I managed in October, so it’s doing what it needs to do. And while I can’t reveal details until contracts are finalised and formal announcements are formally announced, I’ve been invited to present a workshop at a pretty damned decent writer’s festival in 2014 and I’ve sold Magwitch and Bugrat, so you can officially add “children’s author” to my list of crimes against humanity. All in all, despite feeling like I’m betwixt and between in my writing career, I’m making some advances which– I’d like to think– are going to take me further afield than the small genre pond in which I’ve been swimming so far.

So, for the moment, work will continue apace. Between now and 44, I’ll complete Father Muerte & the Divine and Canals of Anguilar and send them off to Agent Rich, and I’m itching to get my teeth into a crime novel, so I’d like to be well into the wordage on one by this time next year. And if I’m going to be a children’s author I’d better do that properly, too, so let’s say I’ll have another kid’s novel under my belt as well. The artists who fascinate me– and who I’ve most wanted to emulate– are polymaths, and while adult novels/children’s novels is hardly the spread of talent to match the ‘trumpeter/actor/poet/comedy God’ skill set of Spike Milligan or David Bowie’s ‘musician/actor’ oeuvre, it’s what I’ve managed to score so far so I’d best make the most of it.

That’s an awful lot of writing, especially as we continue to deal with master 8’s illness and the range of issues that come with cramming a family of 5 into a ginormous house on a single wage, but what am I going to do? I’m two years away from the goal I set myself when I got into this game– writing full-time by the age of 45– and while I’m prepared to adjust that goal I’m not resigned to doing so. All I can do is get on with it.